Being Politically Correct: Is It Necessary In Your Writing?

Diversity and portraying diverse topics in a sensitive nature that avoids stereotypes and misconceptions is important to write about. However, there is much debate on whether it is important to be politically correct in your writing. In this blog, we talk about what factors to consider when it comes to political correctness.

Many classic books have been banned over the years for this very issue. They’ve used racist language or taboo subject matter in their storylines, which oftentimes sparked indignation and even outrage from the reading community. There have even been instances when books with these topics have been “edited” for political correctness, with racist terms removed or replaced. For example, there has been multiple edits to Mark Twain’s The Adventures of Huckleberry Finn to remove the “n” word. There has even been instances where entire sections were deleted from the author’s original work. Is this acceptable, or is this a violation of free speech? It’s an issue all writers, artists, and content creators must face. There are three main concepts behind creating art. It is often to question stereotypes, cultural constraints, and bring light to the struggles of minorities and the marginalized. 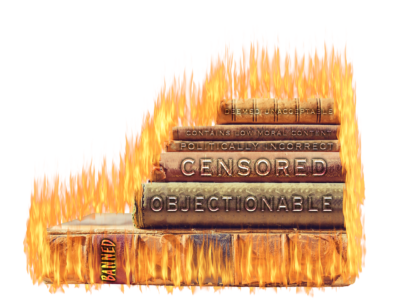 Before we dive into how to tell whether your content is “appropriate” or not, first let’s define political correctness as a whole.

Political correctness is the avoidance of forms of expression or actions that are perceived to marginalize, insult or exclude groups of people who are discriminated against or are socially disadvantaged in some way. This would include the avoidance of terms that are deemed negative, derogatory, racial slurs, or other verbiage that is “exclusive” in some way. One example of this is using neutral terms like “post worker” instead of “postman” or “postwoman.” Another is using terms like “vision impaired” as opposed to “blind.”

Some authors argue that their intentions in particular writings will be lost if a politically correct angle is used. This is a valid statement. Books frequently address topics that make us uncomfortable, and rightfully so. They might be the tipping point to raise awareness about unacceptable conditions for human beings, animals or the environment. When writing a book that deals with sensitive subject matter, it’s important to ask yourself some questions.

Is it Necessary to Be Politically Correct in Your Writing?

Is the Material Gratuitous in Any Way?

The definition of “gratuitous” is unwarranted, uncalled for, and/or lacking good reason. When writing about the struggles of minorities and the marginalized, an author must be aware of the intent behind the politically incorrect verbiage used in their work. Is it for shock value? Are certain phrases, terms, or situations taking place to create buzz and outrage, or to paint a meaningful and unflinching picture of an injustice in society? Sometimes it’s hard to tell, which is why an author should defer to our next recommended step. 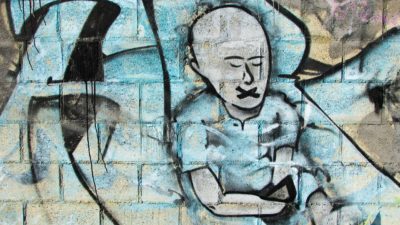 What Have Editors or Beta Readers Stated Regarding the Content?

One of the most important roles an editor plays in the writing process is providing an outside viewpoint regarding the author’s work. As a writer, it can be nearly impossible to step away from one’s book and observe it objectively. This is why Midnight Publishing’s editing services are so vital to the development and revisions of a book’s journey.

Another valuable resource can be found in beta readers (early readers who see the book in its “pre-publication” form). You can request thoughts and opinions from beta readers about the subject matter. If a recurring theme occurs from several readers who state that they feel the content isn’t handled well in a certain area, or that they had a visceral reaction to a scene but didn’t feel it was “overkill” or done for shock value, that provides the author with a much better idea of the material’s real comprehension rather than it’s intended meaning.

Have you written a book that deals with sensitive subject matter and requires a second pair of eyes from some award-winning editors? Midnight Publishing has been helping authors in the Phoenix area and globally for almost ten years. We would love to provide editing assistance at any stage of your manuscript. Find our expert-curated guides on the publishing industry here, and contact us today to discuss working together!