Diversity in Publishing: Statistics and Efforts for Inclusivity in 2020 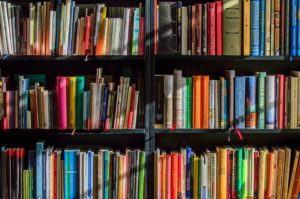 Lee & Low Books posted the results of their Diversity Baseline Survey 2019 a few weeks ago. The survey reported that for the entirety of the industry (executives, literary agents, sales, marketing/publicity departments, book reviewers, and interns) numbers were as follows:

To clarify, these are worrying numbers. The blog goes on to discuss that in the last four years, editorial departments in charge of acquiring manuscripts for publication have increased from 82 to 86 percent Caucasian (while more diverse books are being published, those selecting them are still predominantly white, straight women). One significant discovery in the research could mean positive change for the future of diversity in publishing. In their post, Lee & Low Books state:

“Interns are significantly more diverse than the industry as a whole. Of the interns surveyed in 2019, 49 percent identify as BIPOC; 49 percent are on the LGBTQIA spectrum; and 22 percent identify as having a disability. These numbers are a dramatic departure from the overall industry numbers and signal a new, more representative generation of entry-level publishing staff.”

The matter of whether these interns will end up pursuing a career in publishing remains to be seen. Not only does it depend if they receive the opportunities, but also the salaries necessary to do so.

Increasing Inclusivity and Diversity in Publishing