Where the Final Season of ‘Game of Thrones’ Went Wrong: Inspiration for the “Seven Sins of Writing” Series

**WARNING: This blog post along with all others in Midnight Publishing’s “The Seven Sins of Writing” series may include spoilers from all eight seasons of the Game of Thrones TV show on HBO. If you have not yet watched the show and plan to, continue reading at your own risk.**

Where the Final Season of Game of Thrones Went Wrong

The final episode of the most watched TV show in recent history aired several weeks ago. The staff here at Midnight Publishing believe it’s safe to say that the viewers and fans are still reeling. HBO’s top-rated extremely popular show Game of Thrones (based off bestselling author George R. R. Martin’s A Song of Ice and Fire book series, with two more novels forthcoming) set records, inspired millions, and built a dedicated fanbase that rivals those of Star Wars and Harry Potter. Since the release of the last six episodes of Game of Thrones’ season eight, however, the response from fans has been one of shock, frustration, and criticism. Don’t believe us? A petition to reshoot the season with new writers has garnered over 1.5 million signatures so far. 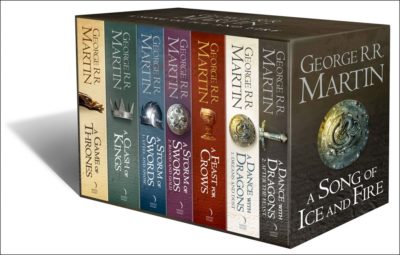 So, what exactly went wrong with this beloved show, its detailed world building, and a wide cast of complex characters? Many fans are calling out the show’s co-creators and writers, D.B. Weiss and David Benioff, for numerous issues. These include a lack of source book material after season six and a “rush” to complete the series to direct their attention to an upcoming Star Wars film. (This post on the Ringer extrapolates on the co-creators’ statements about ending the series before anyone including HBO, George R.R. Martin or the show’s viewers wanted it to be.)

While a lot of this is speculation on why the writers wanted to end things the way they did, there are some absolutes regarding the failures made to the structure and elements of Game of Thrones’ final season. And as heartbreaking as these mistakes—or “sins” —are, they can be of great reference to storytellers who are examining what not to do when crafting fiction.

Inspiration for the “Seven Sins of Writing” Series