Outlining Your Book with the Snowflake Method: Part One

Every writer falls on an outlining spectrum, and certain projects might require more or less preparation beforehand. In 2011, bestselling novelist and writing expert Randy Ingermanson unveiled a new method: the Snowflake Method. Midnight Publishing is an Arizona-based editing and writing company that has been helping clients draft, revise, edit, and publish their books for nearly a decade. One of the ways we do that is by sharing new approaches to getting your words on the page. Let’s explore the first three steps of this innovative method to outlining your books now.

Essentially, the Snowflake Method is a system of “blocks” that build off one another. You start small with an overarching idea, before continuing to refine and flesh out the details in subsequent summaries. This style enables you to create a loose framework for the entirety of your book (as opposed to a chronological outline) while allowing scenes, characters, settings, and plot points the ability to change later. 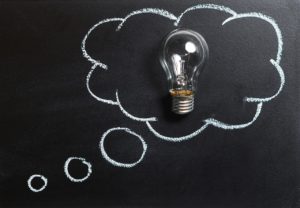 A Deeper Look Into The Snowflake Method

Ingermanson suggests no more than 15 words, and to avoid character names while instead using descriptions. Here’s one of his examples, from the Snowflake Method presentation at ACFW in September 2011:

“A boy wizard begins his training and must battle for his life with the Dark Lord who murdered his parents.” -Harry Potter #1, J.K. Rowling

This one sentence already gives you the primary goal to keep in mind as you draft (incredibly useful in avoiding “darlings” and bunny trails that you will take out later on!). It is also a valuable marketing tool later on.

Step 2: Write a One-Paragraph Summary of the Book 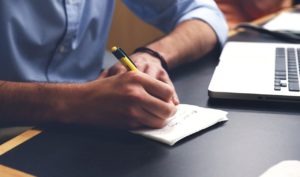 This summary should introduce us to the main characters, as well as the “three disasters” of the storyline. Ingermanson states that this is similar to the well-known “three acts” of a story, but that by identifying the three disasters or “conflicts,” as opposed to simply “first act, second act, etc.,” you can pinpoint the transition points that propel the plot forward. Here is one of Ingermanson’s examples, from The Hunger Games (italics added to denote “disasters”):

“In a dystopic future America, Katniss Everdeen is a 16-year-old girl who illegally hunts outside of town to keep her family from starving. When Katniss is forced to be a ‘tribute’ in the Hunger Games, she wrecks her chances during training by shooting an arrow at the Gamemakers who control her fate. Before the Games begin, another tribute named Peeta claims that he’s in love with Katniss, but once they’re in the arena, Peeta joins forces with her enemies and they finally corner her in a tree. After Peeta rescues her from her enemies, she and Peeta become allies and to her horror, Katniss begins feeling real affection for Peeta. Finally, Katniss and Peeta are the two lone survivors, and must choose which will die so the other can live.”

(Works cited: Ingermanson, Randy. The Snowflake Method: How To Design Your Novel Before You Write It Or Redesign It After It’s Written. 2011)

Do this for all of your main characters and major supporting ones. Here is where you identify what their ambitions, values, and goals are. Most importantly, you identify what is preventing them from achieving those goals. Keep it to that one-paragraph length for now, as you’ll be expanding with more detailed information later on.

Next week, Midnight Publishing will finish up our examination of the Snowflake Method with the final four steps! In the meantime, you can find Ingermanson’s bestselling book here on Amazon. Contact Midnight Publishing’s award-winning editing and writing staff with any questions, clarifications, or ideas for your own manuscripts. Find out why authors trust us with their words.