Outlining Your Book with the Snowflake Method: Part Two

In our most recent blog post, Midnight Publishing introduced the Snowflake Method for outlining. Designed by bestselling author and writing expert Randy Ingermanson, this method  takes a much more organic approach to preparing for book writing than a chronological design. By building off each summary and character description, the material is fleshed out in a way that allows the author to truly understand their characters in a new way.

In part one, we discussed the first three steps to the Snowflake Method. Writing a sentence to encompass the book, then expanding it to one paragraph, and creating one-paragraph descriptions for the main characters. Now let’s explore Ingermanson’s next four steps for outlining your book: 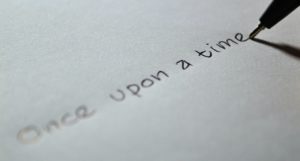 How to Finish Outlining Your Book with the Snowflake Method

4. Expand Your Story’s One-Paragraph Summary to a One-Page Summary

Ingermanson says a good rule of thumb is to lengthen each sentence of the paragraph into its own paragraph. This allows you to  add more details as you go. Look at it as simply extrapolating on the founding structure you already have.

5. Write the Plot’s One-Paragraph Summary From Each Characters Point of View

“In a dystopic future America where most people are hungry, Peeta Mellark has a secret crush on a beautiful young woman, Katniss, who barely knows he exists. When both Peeta and Katniss are forced into the Hunger Games, Peeta vows to sacrifice himself for Katniss, but his crush on her is revealed on national TV. In the arena, Peeta joins forces with the “career tributes” by offering to help them kill Katniss, but when they corner her, he defends her and receives a deadly wound. Katniss nurses him back to health but then Peeta accidentally kills one of the other tributes, leaving him and Katniss among the three final survivors. The third tribute, Cato, captures Peeta and begins choking him to death while Katniss watches.”

(Works cited: Ingermanson, Randy. The Snowflake Method: How To Design Your Novel Before You Write It Or Redesign It After It’s Written. 2011)

6. Expand the Page-Long Summary to a Four or Five Page Summary

This will be done in the same manner asbefore. You should lengthen each paragraph in the one-page summary to its own page in the five-page summary. Ingermanson says this step is typically what highlights plot holes, and requires the most restructuring. Thankfully, you’ve most likely put in a few hours’ worth of outlining so far on previous summaries.

7. Write Character Charts that are Several Pages Long Including ALL the Details

So far for each character, you’ve written a paragraph-lon description and a plot summary from their point of view. Now, is when you focus on their history and future in the story. Making charts that have their birthdate, family history, personality traits, quirks, and what their goals and motivations ar