Self-Published Authors Who Are Doing It Right 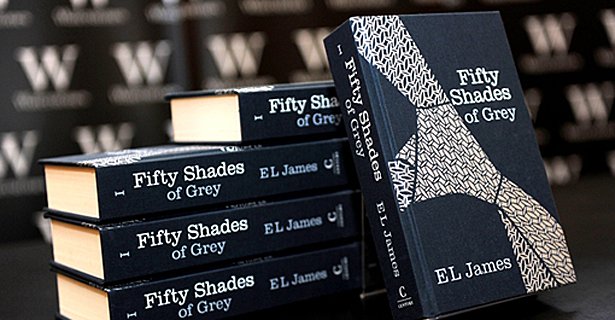 … And I’m not talking about E.L. James, author of the Fifty Shades of Grey trilogy. While she might be the only really well-known self-published author (who then went traditional), this posts digs a little deeper.

Quite a few other decently known self-pubbers can be found, among them Chuck Wendig, Amanda Hocking, and the indie-revered Hugh Howey (whose self-published book Wool is being made into a film with director/producer Ridley Scott). A noticeable trend found throughout is that after finding success with self-publishing, these authors were approached by a traditional publisher, signing several million dollar deals in cases.

Amanda Hocking, a 29-year-old from Minnesota, first experienced success when she self-published her YA paranormal books on Amazon and Smashwords in 2010; the rights to her Watersong series were sold for $2 million a year later. CJ Lyons, an ER pediatrician-turned-NYT’s-bestseller, is another hybrid author who touts traditional publishing as her end-goal: “I enjoy working with an editor, and I think my writing is ready to go to the next level,” Lyons said to USA Today about her 2011 contract with Minotaur Press. This quote is interesting in that, being an experienced self-published author, Lyons should recognize that there are hundreds of talented freelance editors at her disposal for self-publishing, and a contract with Minotaur Press didn’t suddenly tap into a specialized resource. If your work hasn’t been edited before self-publishing, then it makes it that much harder to impress a larger publishing house.

What Lyons, Hocking, and many others who’ve followed this path aren’t saying is that with traditional publishing comes a level of prestige otherwise withheld. The stigma around self-publishing still lingers, faded as it has become. But authors like Joel Friedlander and Kristine Kathryn Rusch offer lengthy thoughts on how e-markets have changed the game of publishing, making it easier for some to win. For many though, the mark of writing success is still that featured placement in the Barnes & Noble window shelves; it’s a dream not easily quelled.

Some are of the opinion that those self-published authors turned traditional are sell-outs, and maybe that’s the case. A less cantankerous view would be that self-publishing allowed these talented but untapped storytellers the chance to build a writing career that otherwise never would’ve happened. That’s the beauty of self-publishing, after all; the ease at which someone can have their book in a reader’s hands and make it a bestseller was unfathomable less than five years ago.

The self-published authors mentioned below are a combination of things: bestsellers on the NYT’s lists, part of the “Amazon’s million” book club, and some, like Ksenia Anske, are not even making money off their book sales yet, but already have thousands of supporters.


In no particular order, these are the people revolutionizing the self-publishing industry today:

Hugh Howey: Author of the five-part serial novel Wool, Howey is possibly one of the luckier self-published authors to achieve stardom. Posting his first novelette of the series to Amazon Kindle’s platform in 2011, Howey was soon selling his $.99 e-books by the thousands, and at this time has sold the print-only (unheard of in the publishing world) rights to Simon & Schuster for six figures. Praised for his savvy marketing sense (though he reports past jobs include roofer and yacht captain), Howey seemed to build a voracious fan base with his serialized novelettes, also sending free books to important bloggers and Goodreads reviewers to spread the word.

Follow him on Twitter, check out his blog on Goodreads, and find his Wool Omnibus series online for $5.99 (who cares about the print versions, anyway? Support the author directly!).

Chuck Wendig: First gaining traction with his Terribleminds blog a couple years ago, Chuck has built a strong following via social media with Twitter, and titles himself a “hybrid author;” traditionally publishing some of his works but preferring the freedom self-publishing offers. Aside from his well-known Miriam Black urban fantasy trilogy, Wendig writes books on how to do the craft better itself.

Follow him on Twitter, check out his blog, horribleminds.com, and get the print or e-book version of the Miriam Black trilogy and others through Amazon, Barnes & Noble, or Indiebound.

Amanda Hocking: As a young woman working as a caretaker at a group home, Amanda spent her free time writing while friends partied on weekends. A self-proclaimed fan of authors Kurt Vonnegut and Chuck Palahniuk, Amanda’s said that her writing struggled until she was able to accept herself and her “fun, silly” style of writing, as opposed to that of her heroes. A friend urged Amanda to explore the YA fantasy genre; two book series came of it. Three months after Amanda uploaded her first few books to Amazon, she was selling thousands of copies a month, and a year later sold the rights of her Watersong series to St. Martin’s Press.

Look up Amanda’s website, Twitter, and blog for info on upcoming projects and a little more about her journey at: amandahocking.blogspot.com.

Ksenia Anske: Ksenia Anske is the self-published author on this list who’s made hardly any money, and carries the least prestige (by publishing house standards). That doesn’t make her any less of a shining talent, and as mentioned in a previous post, a beacon of hope for any aspiring author dipping their toes into the art as a whole. Emigrated from Russia, Ksenia reports through her web site that losing her marketing job two years ago was the opportunity of her life; she began writing full time, something she’d only dreamed of doing to that point. Ksenia has built an extremely loyal following (myself included), which is no surprise due to her entrepreneurial background in social media and marketing. Ksenia’s trilogy Siren Suicides is on Amazon, Kobo, Smashwords, Wattpad, and others, and she offers all her books for free. However, if you can, buy a signed copy and support this fully self-published author as she builds a career, sharing each step of the way on her site, kseniaanske.com.

Follow her on Twitter, peruse her informative site, and read author guest posts (including previously mentioned Chuck Wendig and Hugh Howey) to learn from this remarkable voice in the self-publishing field.

Other notable self-published authors to learn from:

Johnny B. Truant: Listen to his Self-Publishing Podcast with fellow author Sean Platt, and check out his self-published series Fat Vampire on Kindle; right now the first book of the series is available for free.

Bella Andre– a NYT’s bestselling romance author who also finagled a contract for the print only rights of her series, The Sullivan’s. After she was dropped by her traditional publishing house a couple years ago, Andre created her own publishing company, Oak Press, and sold over a million copies of The Sullivan’s series through Amazon’s KDP.

Listed below are some self-published authors not already mentioned but also members of the coveted “Kindle Million Club”:

John Locke (the first self-published author to make the list)

Look at their sites and blogs, and most importantly, read their books to see what’s working.

Since this post has been (mostly) about authors who’ve made enough cash to fill a swimming pool and dive in, visit Midnight Publishing’s blog next week for a multi-part series to learn how you too can make some money with your writing — and maybe fill a kiddie pool with some green.

Midnight Publishing offers skilled and affordable media architects for manuscript editing, self-publishing consultation and guidance, and author marketing. The ultimate role of the editor is to help the author connect with the reader. A good editor enhances that connection, providing another eye and view for the author. Our editors are artists of language, grammar, and the mechanics that help a manuscript take the journey from ordinary to great. Midnight Publishing also offers graphic and web site design, business copy writing and editing, and more.

Ashley R. Carlson is an editorial intern for Midnight Publishing and AZ Foothills Magazine. Ashley’s first novel, a steampunk fantasy, is slated for release in Fall 2014. Check out her personal blog for discussions on love and art, more writing tips, and to hear about her own journey to self-publication. Ashley is obsessed with Yelping to find local restaurants, fostering animals from local shelters, and the Real Housewives of…anywhere. You can find her dilly-dallying on her…