**Warning: The “Seven Sins of Writing” series has spoilers about the television show Game of Thrones.**

In the first month of the “Seven Sins of Writing” series that we have been writing on Game of Thrones’ final season, we explored the first three sins that were committed by the show and caused viewers a lot of disappointment. 1) An unjustified villainous character arc with series protagonist Daenerys Targaryen. 2) Comparing the iconic surprise “Red Wedding” scene with unbelievable plot twists that lacked plausibility in the eighth. 3) Plot holes that were still left unexplained at the end of the TV show. (Find these posts and dozens of others in our blog archive!) This week we are going to discuss another grave sin when it comes to any storytelling. Anticlimactic endings.

In the final season of the show, two significant plot developments had been foreshadowed (and eventually revealed) throughout the first seven seasons. 1) The Night King’s attack on humans (the leader of the murderous, inhuman White Walkers). 2) Show protagonist Jon Snow’s true heritage as a Targaryen/Stark child and his rightful claim to the Iron Throne (as well as his relation to his love interest and now-aunt, Daenerys Targaryen).

So how were both of these plot points handled in such an anticlimactic manner? Allow us to explain.

Anticlimactic Endings for Game of Thrones

At the end of the third episode in the eighth season, The Long Night, one of the main villains of the show who was long purported as the “biggest danger to the human race” is killed instantly in a surprise attack from Arya Stark. There is no battle or even the smallest of showdowns between the Night King and Jon Snow. The Night King’s immediate death is the definition of a letdown after seven previous seasons of story buildup.

During the show’s final episode, Jon’s rightful place as the potential new leader of Westeros is not even considered. Three main things make Jon the rightful leader. His newly discovered bloodline, the fact he was voted King in the North and the Lord Commander when serving on the Night’s Watch. He has been a beloved ruler for years, yet no one even considers Jon at the council of ruling families. Instead, Bran Stark is chosen to rule, and Jon Snow returns to the Wall to live out a quiet life with the Free Folk.

How to Avoid Anticlimactic Endings and Fulfill Your Readers

Why are the two above examples so important when it comes to avoiding writing “sins?” Because they did not satisfy the viewer. Of all the goals we have when it comes to storytelling, the most important one is to fulfill or satiate the reader at the end. Otherwise, you will find yourself dealing with angry readers, poor reviews, and you lose their future readership. Below are two tips to keep in mind:

1. You Don’t Need a Happy Ending, but You DO Need to Answer All Remaining Questions 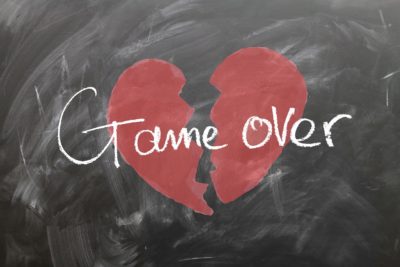 You won’t have angry readers if your book doesn’t have a happy ending. However, if you leave questions unanswered or answer them without logic, you will. A great way to make sure you are doing this is with beta readers or a professional editor (like us!). They can ensure you haven’t left any loose ends, and that those endings you’ve chosen are fulfilling.

2. Honor the Agreement Between Writer and Reader

Readers have invested time in your story, so it should be a fulfilling one. Never cross the finish line before the book is ready. As appealing as it can feel to wrap up a massive project and move toward publication, always put in the time and effort to revise, rework, and double-check everything. The reader has given you their time and money, and they deserve to be rewarded—not left feeling betrayed.

Midnight Publishing is a writing, editing, and marketing company based in Phoenix, Arizona with a staff of dedicated, award-winning editors that has been assisting authors and entrepreneurs for nearly a decade. We are passionate about stories and the written word in all of its forms, and seek to come alongside our clients as they pursue their publishing dreams. Contact us today for a sample edit and to discuss your book project!