“The Seven Sins of Writing” Part One: An Unjustified Character Arc

**WARNING: The Midnight Publishing’s “The Seven Sins of Writing” series may include spoilers from all eight seasons of the Game of Thrones TV show on HBO. If you have not yet watched the show and plan to, continue reading at your own risk.**

This is the first post of Midnight Publishing’s “The Seven Sins of Writing” series. We are going to delve into the character arc in season eight of one of the show’s central figures since its inception: Daenerys Targaryen. Loved by many for her caring heart, compassion for the downtrodden/enslaved, and commitment to justice, Daenerys spent seven seasons evolving. She started as a scared young woman sold to a Dothraki leader. She then turned into a ruler in her own right who would dedicate her time to taking back the Iron Throne of Westeros. The throne was her birthright following the assassination of her father, Aerys II Targaryen (also known as the Mad King).

In the final six episodes released this year, viewers were shocked and appalled as Daenerys made a sudden turn to the dark side. She became a ruthless and murderous “Mad Queen” she had striven for seven previous seasons to break away from. There was not enough plot evidence to warrant such a drastic shift in personality. This leads us to our examination of the first “sin” of writing. An unjustified change in a character’s arc that isn’t adequately supported by prior behavior/development.

What is a Character Arc?

Generally, a character arc is the journey of evolution that a character undergoes in a story from beginning to end. There are two tenets of a compelling character arc. The first is depth or the arc’s meaning and importance to the plotline. The second is believability, which is the ability to be justified by the character’s experiences, personality, and natural maturation. There are three main types of character arcs. 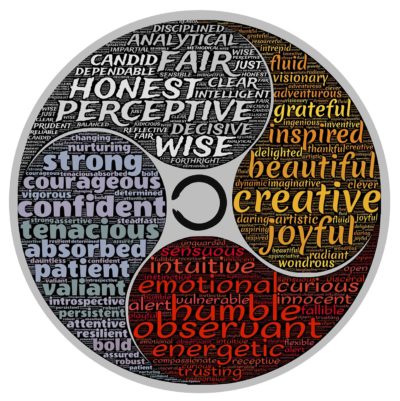 What are the Ramifications for Straying from a Believable Character Arc?

In the first seven seasons of the TV show, Daenerys Targaryen had one of the most significant and compelling character arcs. She started as a displaced daughter and princess of a fallen dynasty. She molded into a mother of dragons, breaker of chains and leader who gave a voice to the voiceless. As the “rightful” ruler to the throne, Daenerys was poised to be the savior of the country she sought to command. The current rulers were cruel and selfish. The show’s audience found themselves rooting for this young woman who seemed so very different from the conniving leaders who’d been playing the “game of thrones” for years.

All of Daenerys’s prior character development was utterly destroyed in season eight. She transformed from an individual who freed slaves and innocents to massacre hundreds of thousands during her attack on King’s Landing to finally take back the throne. Her character arc went from seven seasons of a positive leader to a negative one that posed her as the villain of the series. This is perhaps the biggest failure of them all in terms of season eight. It was unjustified and unbelievable, which is frustrating and confusing for the viewer.

How do you Successfully Construct a Believable Character Journey?

We are not saying that Daenerys Targaryen never could’ve been the villain. The foundation for such a turn was always there. She was the daughter of the Mad King, after all, and on several occasions chose violent actions against her enemies. However, there was nowhere near enough evidence to support her complete 180 from a compassionate liberator to a child-murdering megalomaniac. The writers should’ve done two things in previous seasons to support Daenerys’s villainous turn. First, more instances where she behaved in “evil” or undesirable ways in past seasons. Secondly, provided more reason (beyond the deaths of her two close friends) in season eight to justify her sudden decision to burn the entire city of King’s Landing and all its innocent inhabitants.

In order to execute a believable character arc in your own books, a proper amount of foreshadowing and logical explanations for behaviors that provide evidence and justification of the character’s evolution are necessary. Otherwise, your readers will be left bewildered, disappointed, and unlikely to support your work in the future.

Midnight Publishing is a writing, editing, and marketing company based in Phoenix, Arizona. We have been assisting authors and entrepreneurs for nearly a decade. Contact us today for a sample edit and to discuss your book project. Make sure to check out our professionally curated publishing guides for all of your writing and publishing needs!