**WARNING: This blog post along with all others in Midnight Publishing’s “The Seven Sins of Writing” series may include spoilers from all eight seasons of the Game of Thrones TV show on HBO. If you have not yet watched the show and plan to, continue reading at your own risk.**

The third post of our “Seven Sins of Writing” series focuses around plot holes. We explain their characteristics and why storytellers should avoid them at all costs for multiple reasons. The editors here at Midnight Publishing understand (as one of our primary responsibilities is to look for inconsistencies in our clients’ books) how difficult it can be to spot and fix every plot hole in a story—especially epic sagas with huge casts like Game of Thrones. Because of the difficulty of this massive task, addressing plot holes always becomes a multiple-person endeavor to search for and root out unanswered questions from multiple perspectives and angles.

In the last season of Game of Thrones, there remained some glaring plot holes that are impossible to miss. These left viewers feeling more perplexed than ever. With an entire production team behind the most expensive TV show in history behind them and several years to plan between the seventh and eighth seasons, it further drives home how these plot holes were disappointing at some points and downright ridiculous at others (the infamous Starbucks cup accidentally left behind in one of the shots being just one example).

Plot Holes from Season Eight in Game of Thrones

To demonstrate what a plot hole looks like, below are a few examples that fans have pointed out from the eighth season.

The Prince from Dorne

In one of the final scenes of the last episode when the members of the great houses meet in King’s Landing to decide on Tyrion Lannister and Jon Snow’s fates. Amongst them is a prince from Dorne as a representative. However, in season seven, Ellaria Sand and their daughter Tyene Sand were captured and tortured by the Lannisters. It would be assumed that Dorne’s royalty would have retaliated against the city and its rulers at some point, but that is never shown or even mentioned.

Jon Snow is exiled to the Night’s Watch and the Wall as his punishment for killing Daenerys Targaryen. However, the White Walkers and the Night King were defeated in episode three. Why is there still a Night’s Watch? What are they guarding? The reasoning behind this does not get explained.

Bran Stark has become the Three-Eyed Raven. This means that he now possesses all of the knowledge that exists about the history of man. He is also able to go into the mind of any person or animal as a warg. In the final episode, Bran (now “Bran the Broken,” the current voted-in king of Westeros) states that he is searching for Drogon, the one remaining dragon to have survived (and who disappeared with Daenerys Targaryen’s body after she was killed). Why is he searching for Drogon? What does he plan to do if/when he finds the dragon? This is never explained.

The final season of Game of Thrones was shortened to only six episodes. It would make sense that the questions remaining after the series ended could’ve been answered with a little more time. When you’re revising your book(s) before publication, make sure that you spend the necessary time. Make sure you are reading, editing, and analyzing the plot and characters’ behaviors so that questions are answered or explained logically. 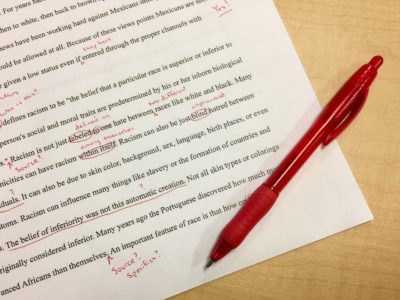 2. Use Editors and Beta Readers—Have as Many Eyes on Your Story

Whether it was the Starbucks cup left behind in the shot or one of the above plot holes mentioned, it seems intuitive that the production team behind Game of Thrones should’ve caught these issues before release. It’s always in your best interest as an author to amass a team behind you to locate any plot holes before you publish.

Keep detailed notes on character backgrounds, motives, unanswered plot threads, and planted foreshadowing. Refer back to them often as you revise, that way characters don’t behave in a counterintuitive manner, and you remember plot points.

Midnight Publishing has a staff of award-winning editors and ghostwriters. We have been collaborating with authors for nearly ten years in Phoenix, Arizona and globally. Contact us today for a sample edit and to discuss your book project. Check out our professionally curated publishing guides for all of your writing and publishing needs!