The final post in our “Seven Sins of Writing” focuses on the most impactful “sin” made in the eighth season of Game of Thrones. Making plot decisions for the “wow” factor rather than providing viewers with a logical and satisfying end. In the final season of Game of Thrones, there are plenty of examples. Suddenly turning Daenerys Targaryen into a bloodthirsty villain who has her dragons burn down an entire city of innocents. Arya Stark getting past a circle of White Walkers to destroy the Night King with a stab to the stomach. Having the council select Bran Stark as the new ruler of Westeros, who is technically the Three-Eyed Raven and could never be the rightful Lord of Winterfell. There is no denying that the final season is rife with this type of frustrating, inexplicable decision-making. 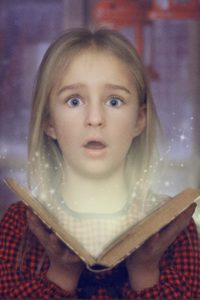 These attempts at surprising or shocking viewers with plot twists they don’t expect is commonly known as “subverting expectations.” This phrase has taken on a mocking irony from viewers of Game of Thrones’ final season. This YouTube video posted by the user Yah_way makes a fantastic point that supports why the writers’ attempt at subverting expectations in the last season of the show fell so flat. To successfully surprise viewers with unforeseen plot development, the writer(s) must stay true to what they’ve been telling us all along. Even if viewers aren’t expecting a plot point, it must be realistic and consistent with previous information or actions.

The episode with the “Red Wedding” scene in the third season is an example of successfully subverting expectations. No one was expecting the murder of Robb Stark, his pregnant wife, and Catelyn Stark during a dinner celebration. However, it makes sense because of Robb Stark’s prior betrayal to House Frey and Walder Frey’s lewd personality traits.

Subverting expectations in storytelling is the ultimate goal for a writer. It means that you are keeping your readers on the edge of their seats. To be done well, it should be logical and plausible. No amount of shock value in your writing will ever take precedence over a well-thought-out ending. Learn how to keep your ending exciting and consistent with this blog post.

Midnight Publishing is a writing, editing, and marketing company based in Phoenix, Arizona. We have been assisting authors and entrepreneurs for nearly a decade. Contact us today for a sample edit and to discuss your book project. Also, get our professionally curated publishing guides for all of your writing and publishing needs!